People visiting Berlin often come across new districts and environments which have not yet been explored. Careful planning and renovation is taken, aimed at breathing new life into the old without harming historical features, which can be quite a challenge.

AHM Architekten architectural studio located in Berlin is in the spotlight thanks to designs that preserve the original state and charm of buildings. This is especially noticeable for ”Neue West” where architects have achieved an excellent combination of tradition and modernity in an ambitious district known as “Alter Westen”, situated to the south of the Potsdamer  Platz. The Architect took full consideration to the environment, as well as urban construction aspects, with strict heritage preservation requirements always in mind.

“Neue West”, located at Potsdamer Straße, consists of different buildings erected since 1861 which surround the courtyard. The architects factored diverse expansion possibilities for all of the buildings (front building, atelier, villa and factory) when developing the project.

The workshop and side building boasts an appealing exterior, attracting a attention from visitors and passers-by. The once small rooms, have been transformed into one large room in order to create the main office. A combination of space, homogeneous white walls and ceilings, along with the large glazed roof windows, light wooden floor and intentionally exposed dark-coloured roof, give the interiors of the building unique character. The combination of modern and tradition create a symbiosis, while old wooden support structure resembles a sculpture.

These features are largely due to applied illumination which the planners, along with FAKRO, developed to provide a solution adapted specifically for this building.

Planners have found large FYU-V U3 roof windows, with their length of 206cm and added attractiveness, one of the highest roof windows in the world, while their relatively small width provides good illumination to a room. For this project, FAKRO did not opt for the natural roof windows, but instead chose a white varnish coating consisting of three layers of polyurethane lacquer, making them resistant to moisture and easy to clean. Because of this, periodic window lacquering is eliminated, which is recommended to be performed at intervals of three to five years with standard wooden windows.

Special hardware technology of these large windows was also undertaken to  individually match this building. In order to make these windows, designed as standard for pitches from 20 – 65°, suitable for roofs with the pitch of 69°, it was required to adjust the hardware elements. Axis of rotation were situated above the centre of the window as standard, which makes it easier to open.

The loft space, designed to be used as an office, opens up to a south-facing direction thanks to its twelve roof windows, illuminating the long east and west walls. A small roof window was fitted in a low slope roof over each large window which actually created a mansard solution.

Roof pitch according to planners' wishes

One big challenge was the roof as the pitch was only 10°, which is therefore lower than the minimum pitch of 15°. Engineers working in FAKRO Research & Development Centre developed a proposal to overcome this difference by using a factory-made flashing for changing window installation angles. Specially designed flashing, implemented by the investor, creates a greater inclination angle than the roof pitch. To ensure better light on the northern window-free wall, another single small roof window, also equipped with the solution for changing installation angle, was installed.  These windows run along the entire northern wall and on the line connecting entrance doors on the west and east to form a bright and architecturally interesting arrangement.

Another special solution aimed at window integration with the overall roofing concept in the outer area was also developed. Specified roofing material, namely titanium-zinc prePATINA by Rheinzink which has been pre-exposed to atmospheric conditions, was also used. FAKRO produced sheet metal flashings for the roof windows, thus satisfying the material concept and optical impression. 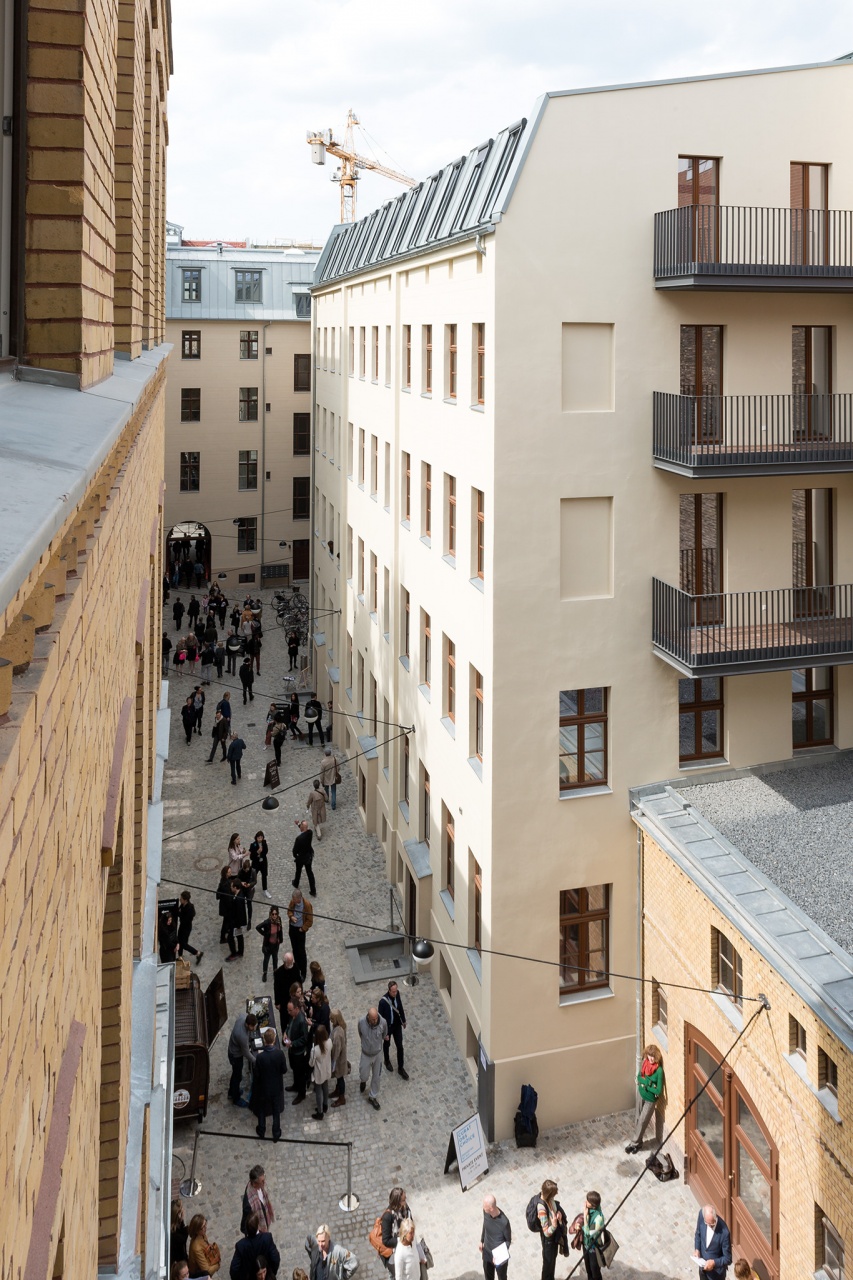 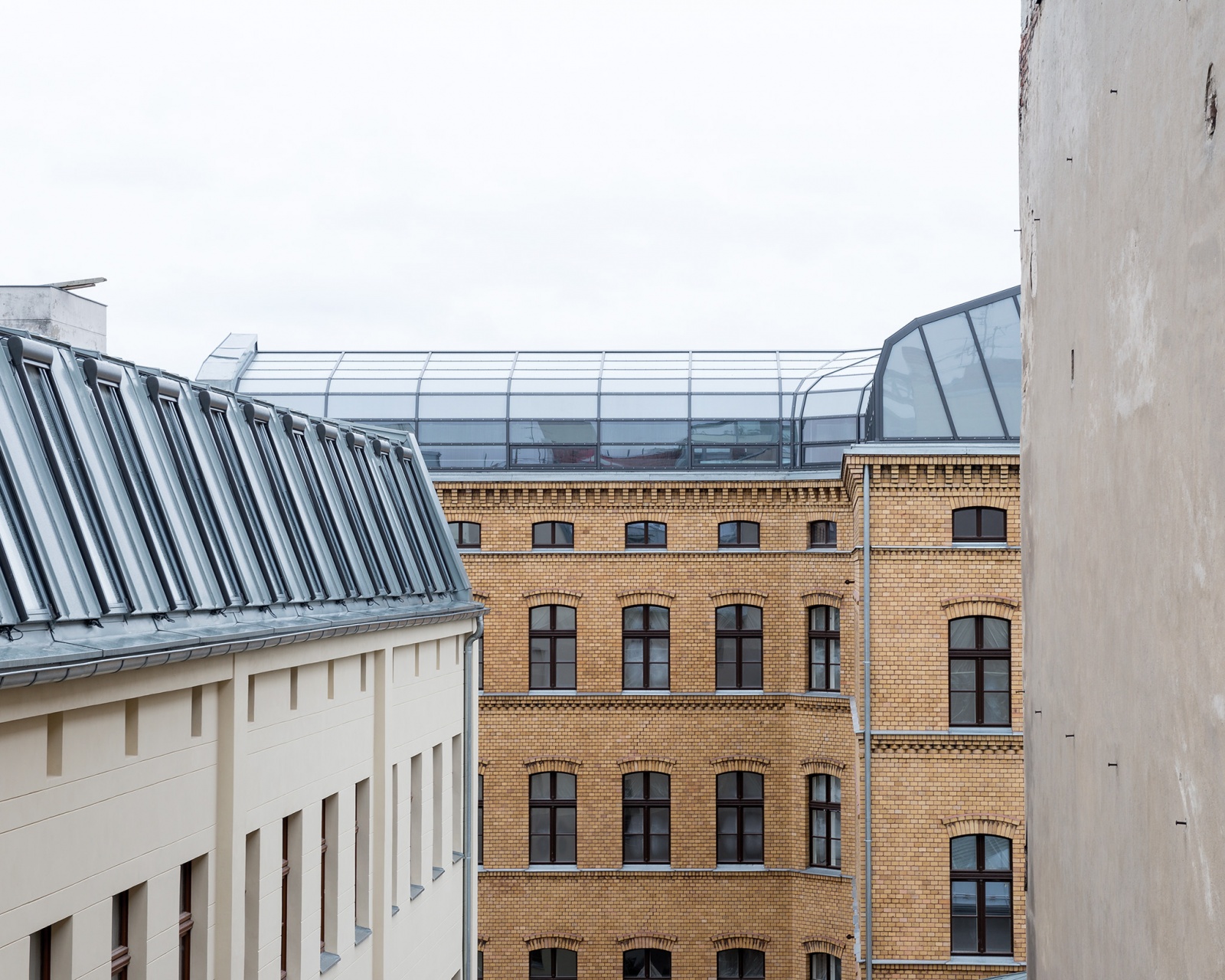 ”Neue West” features excellent fusion of tradition and modernity. A building situated to the south of the Potsdamer Platz, and characterized by the environment, takes full of respect of its urban construction aspects, while adhering to strict heritage preservation requirements. This therefore perfectly blends into the landscape, and is very eye catching within the growing art scene in Berlin. 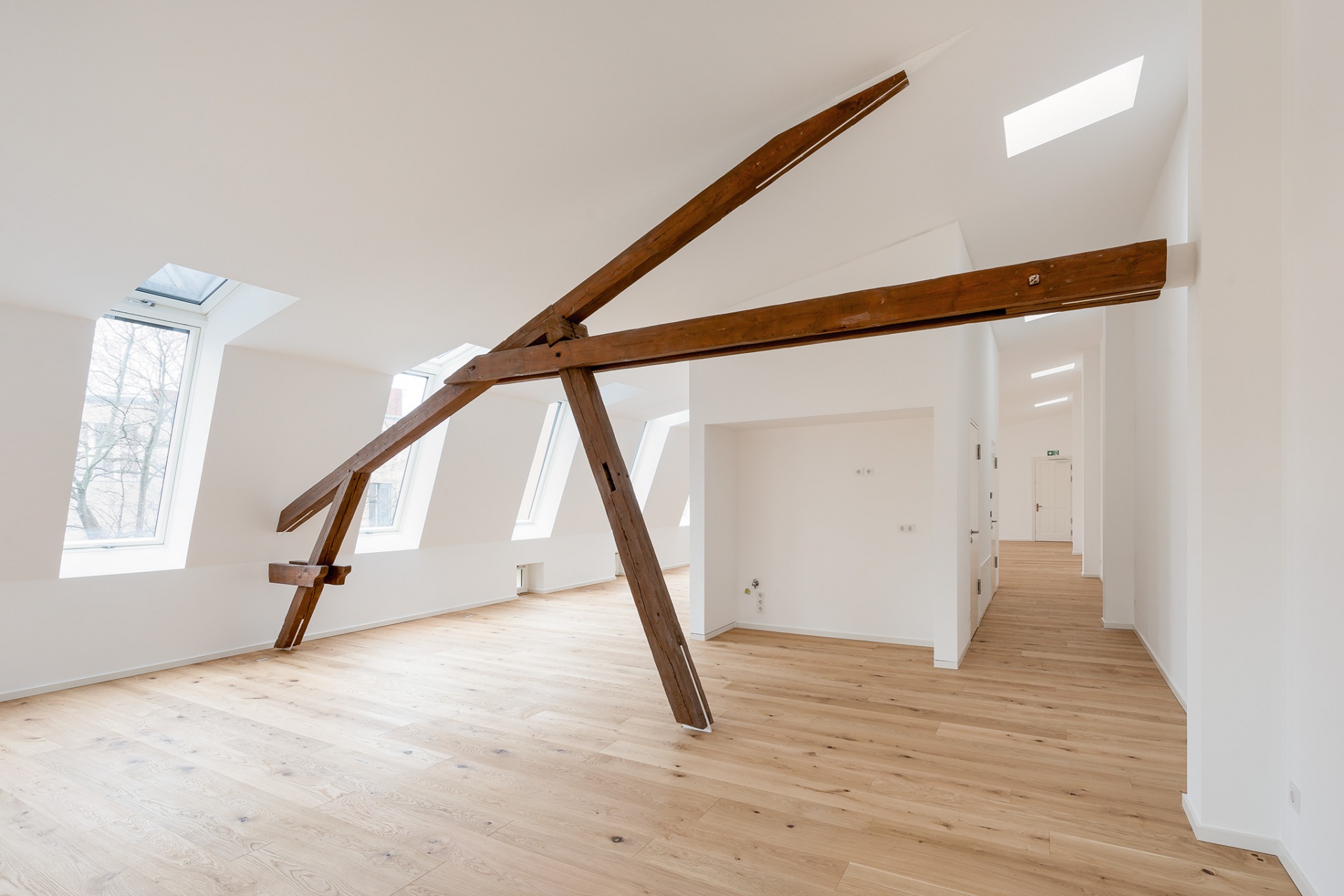 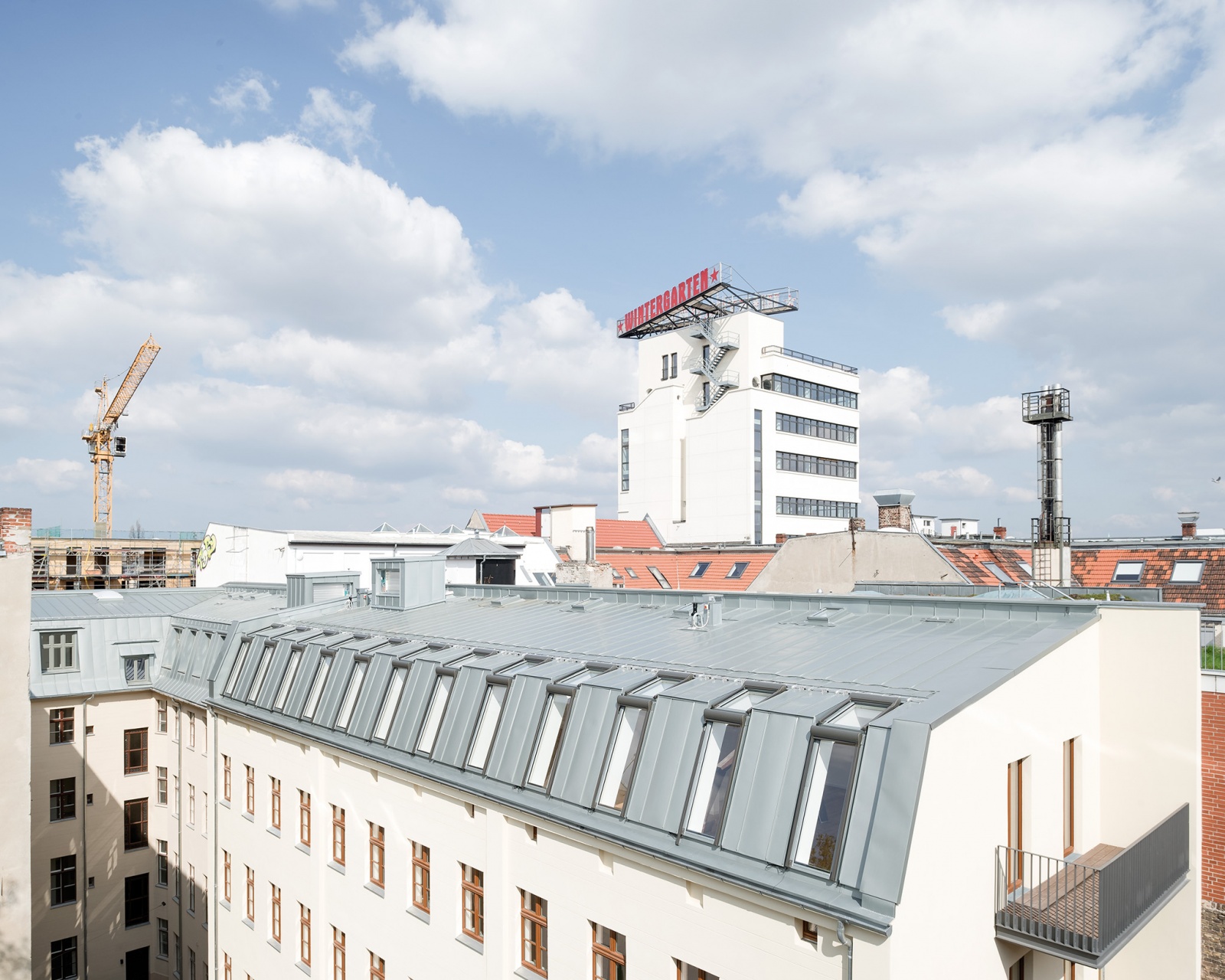 The roof with a pitch of barely 10°, which is therefore lower than the minimum pitch of 15°, turned out to be a real challenge for the architects and construction team. Engineers working in FAKRO Research & Development Centre overcame this difference by using a factory-made flashing. This specially designed flashing, ultimately implemented by the investor, creates greater inclination angle of small windows than it is set by the roof pitch.