Football Came Home to Rembrand in 2018

Although the hot summer feels like it’s long since departed one small portion of it was relived recently for Rembrand Timber of Dundee. Although Scotland had no representation in the tournament, there was one notable success for the roof window and loft ladder stockist because they were the winners of FAKRO GBs charity world cup competition. 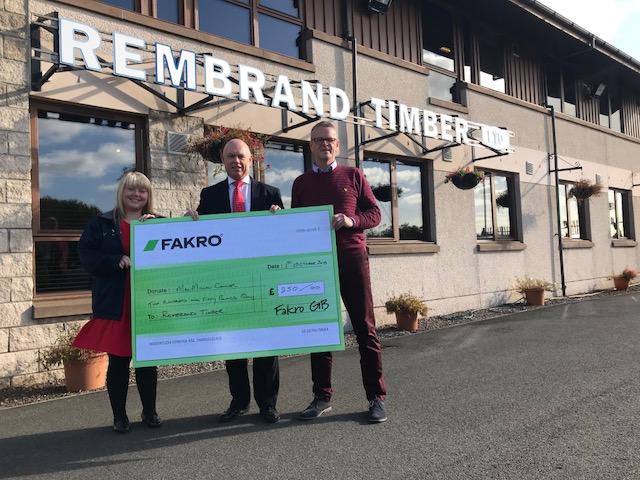 It was Rembrands good fortune to be drawn with France, the eventual winners in Russia, memories of which came flooding back when Stewart MacKenzie, FAKRO GB National Specification Manager, presented them with their winnings, a cheque of £250 for their chosen charity – Macmillan Cancer Support.

Stewart, pictured presenting the donation below to Sarah Laing and John Allison (Sales Director) recently, said – “I’ve been working with Rembrand for years now and it was great to see them winning this summer and supporting such a great and important charity in Macmillan.”

The FAKRO World Cup Competition was one of many online campaigns run by FAKRO Digital to support and help their merchant base throughout 2018, with more to come before the end of the year and throughout 2019 too. Keep your eyes peeled when on Twitter, Facebook, LinkedIn and as always fakro.co.uk and roofwindows4you.co.uk.