FAKRO took part in Swadlincote’s annual Pancake Race in aid of Sport Relief. More than 40 businesses, organisations and groups of friends across South Derbyshire competed against one another to win the golden frying pan trophy.

As expected the town was full of enthusiastic crowds to see many of the contenders flipping as many pancakes as they could whilst running.

Coming 25th out of 40th has not knocked FAKRO’s spirits for next year’s race but they just beat one of their competitors by 1.3 seconds.

If you were not there on the day, then don’t forget to support the event on Facebook and Twitter (@fakrogb) where FAKRO have streamed a live video of their run. You can also view the hashtag #Swadpancakeraces. 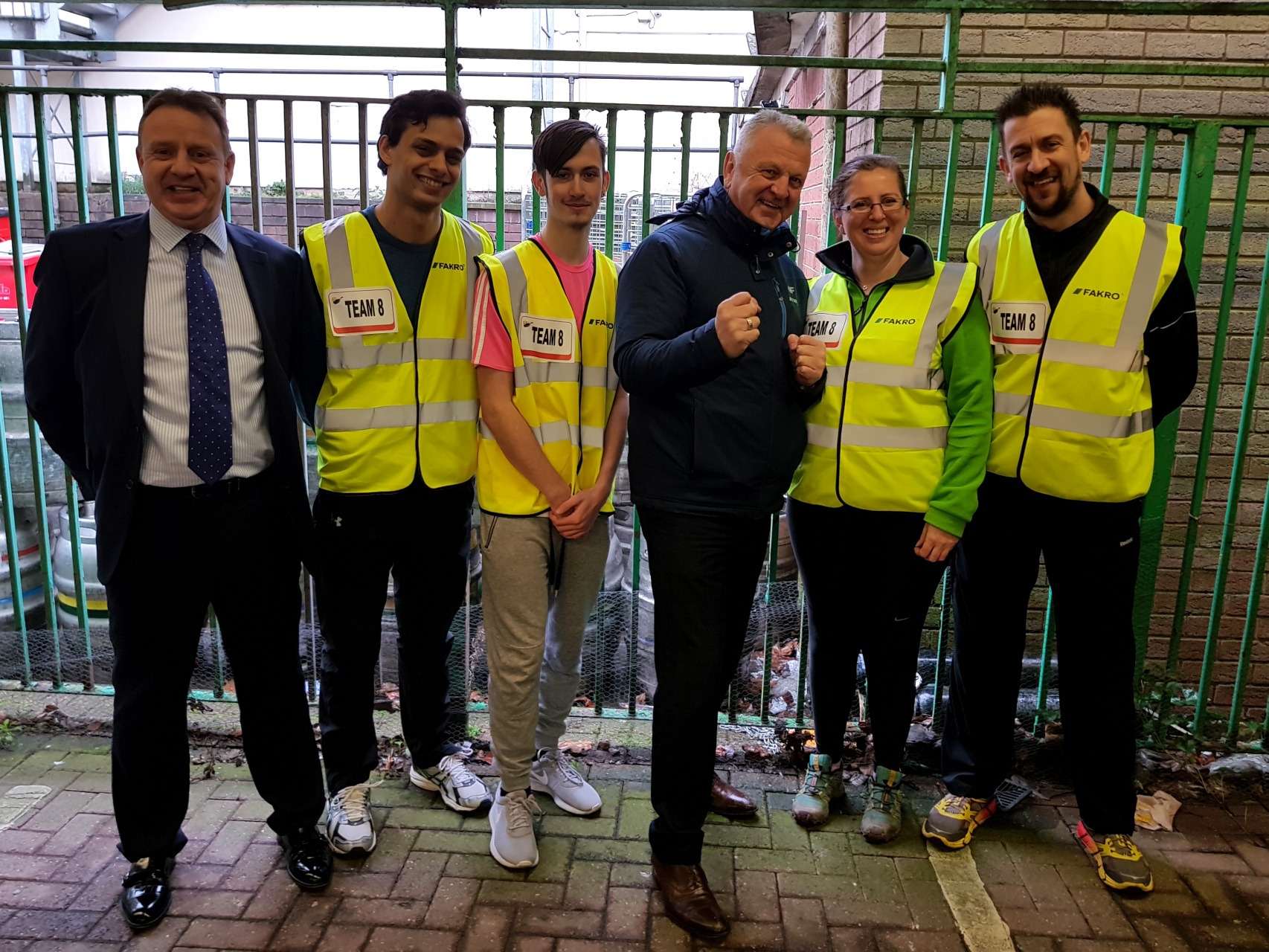