The approach of creating three linked ‘pods’ mimics the idea of many of the surrounding farms, where outbuildings and sheds have been linked together over time. The idea is further emphasised by the alternative architectural styles. The front-facing public ‘pod’ has a more traditional feel in terms of its brickwork and sash and case look windows. The more modern rear ‘pod’ is clad in traditional rough-cut larch cladding and has larger scale windows.

Two buildings are attached via a glazed atrium, splitting the home in such a way enabling one part to be shut down when not in use. The initial plan had a fully glazed link between them but due to budget constraints a solid roof with roof windows was chosen. Project architect Iga Panczyna explained, “The client agreed that this option provided a more interesting light experience in the link between buildings, maximising views from the walkway. Fakro roof windows were chosen because airtightness was a critical factor and their U-values were found to be the best available. The windows also had to be vent-free, and this requirement was met without difficulty. We received excellent technical support through Stewart Mackenzie who paid great attention to detail and supplied CAD drawings, even though this was not a big order. The client originally opted for exposed timbers and natural pine roof windows but later changed the requirement.  This too was easily accommodated and at no additional cost so I would have no hesitation in recommending the company again and have also done so to architects in the practice who have not specified Fakro before”. 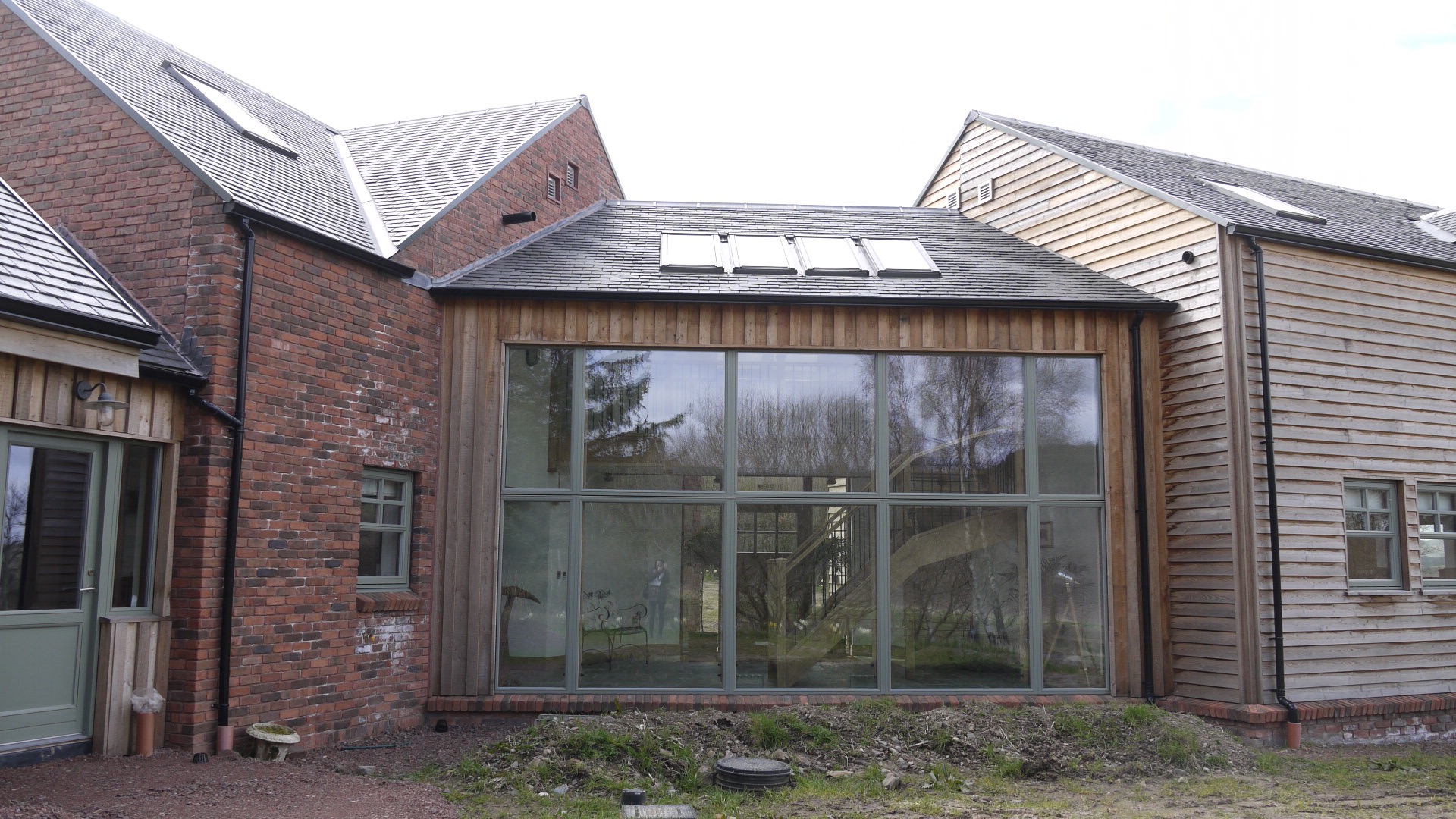