FAKRO GB Managing Director Noel Shanahan has been given an Honorary Achievement Award by the Builders Merchant Federation.

Announced at the recent BMF Building Beyond Brexit Conference and Awards Dinner in Hinckley, CEO John Newcombe made the presentation in recognition of FAKRO’s continued support and sponsorship of All Industry Conferences. Seen receiving a commemorative plaque from John Newcombe outside the Federation’s Coventry office Noel commented, “FAKRO is committed to the merchant sector and will retain its close association with the BMF. The award recognises the efforts of all those at FAKRO who deal daily with branches throughout the UK. 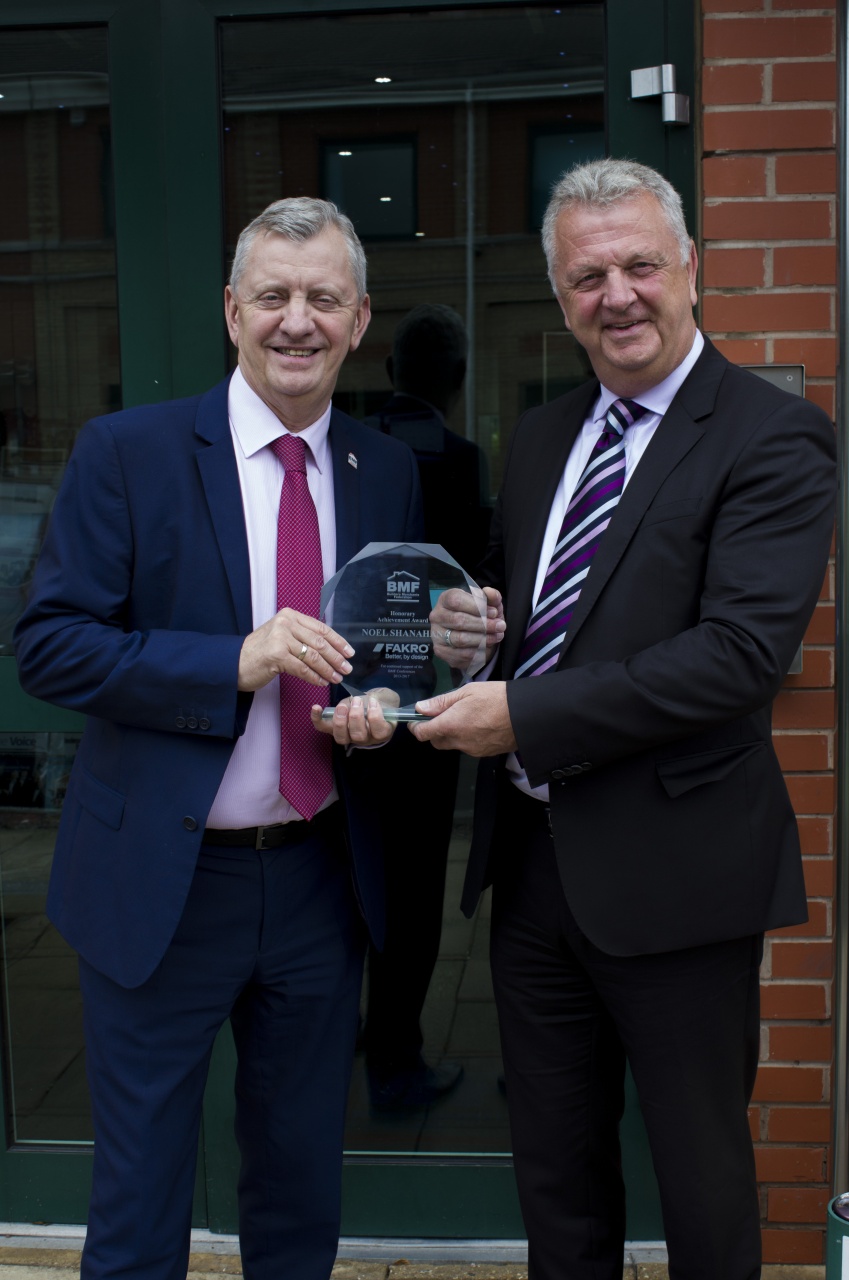