Your Business Development Manager for the North East 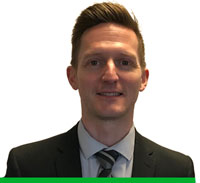 Mike is a new enthusiastic member of the FAKRO team, but brings with him years of experience in construction, having been in the industry for over 17 years. His priority is helping installers and specifiers throughout the North East.

If you're located in the following areas, Mike is the man to talk to about all things roof windows:
Humberside • Northumberland • Yorkshire

About Mike:
Mike is a family man who thrives in the company of his wife and two daughters. When he's not spending time with his family, Mike enjoys the occasional spot of golf, despite supposedly not being skilled at it. Impressively, Mike once owned a jet ski and motorcross bike!